Getting a motorcycle and riding it for the first time can be HELLA exciting!

But, with it, comes a huge responsibility as well.

That is, to save lives!

And by saving lives, I mean to save YOUR life at first, and then to think about not taking the lives of OTHERS.

If you are a beginner motorcycle rider, you’ve either probably done at least one of these mistakes, or are on your way to do them! Save yourself the injury – potentially a fatal one, and please read through this post carefully.

These are the main mistakes that beginner motorcycle riders make that are either deadly for both the rider and the people around him, or are deadly for the rider at the very least. So definitely avoid these mistakes! Please!

Believe me, when I say this, this is NOT a mistake that you would want to learn from by experiencing it first!

Almost every beginner motorcycle rider thinks that he can get away without wearing any protective gear in most of his rides, and the ones that will be dangerous or could be potentially deadly, he’ll somehow, miraculously avoid them!

Well, at least that is what I used to think anyway.

Again, you NEED to invest in at least basic protective gear before ever hopping on to your bike.

If you want suggestions on what is the best protective gear, including the best motorcycle helmets, you can either read reviews on this blog that I’ve done and have compared different helmets and other protective gear, or you can visit RevZilla. They have an awesome HD video-review library as well that is definitely worth checking out!

2. Not Wearing a Full-Face Helmet

This is a big mistake that beginners think they can get away with.

Wearing an open face helmet is simply dangerous, and can be fatal once you actually get into an accident.

Why is it dangerous?

It is dangerous even if it ON your head, let alone when you fall somewhere or get into an accident. Before the accident happens, it is dangerous because it is not covering your face for one. If your face isn’t covered, you’re collecting dust in your eyes, mouth and hair even. Secondly, some bug may hit you and could cause you to drop the bike or worse, hit it in some other vehicle by panicking.

Also, when you do hit the road, there’s 34.6% chance that you’ll hit your face first, and when it is not protected because you’re wearing an open face helmet, you’re basically open to a head injury of some sort, and there’s a 50% chance of that injury being fatal as well.

So, be wise, and wear a full face helmet at all times, especially when you’re starting out.

3. Approaching a Corner at Fast Speed

Riding at speeds that are WAY faster than your permit allows, is GOING to result in an accident some way or another, be it going into a corner too fast, or just simply braking at high speeds.

It is especially dangerous at blind corners, where you can’t see a thing, that’s ahead, and whether you are heading to your death or just another corner.

Because you’re going too fast into the turn, more space needs to be there for you to be able to do a corner safely.

If you find yourself to be in this case, lean in, and giving it some gas, you will then make it go around the corner. If you find yourself losing control, don’t panic, because panic leads to mistakes, and even a smallest mistake on such points can be fatal.

Always slow down BEFORE you get to the corner, so you can apply power though it.

As time passes, as your riding technique improves, your cornering and overall style of riding will improve along with it. You’ll panic less, or you probably won’t even panic at all.

But, please, do not be a Rossi at all until you feel comfortable at corners and in rushed areas with riding as slow as a turtle! Because riding slow, and that too in a crowded area, really makes you know who you really are, where you stand in terms of riding skill and controling your motorcycle.

4. Listening to Music While Riding

Now honestly, this one isn’t a mistake that a beginner makes, but rather, someone who’s already learned how to ride a motorcycle. Still, it IS a mistake. And if you ARE making mistakes, you are probably still an immature rider.

Which is not a bad thing per se, because it allows you to keep your mind open to learn new things. But when you’ve considered yourself to be one of the elite riders, that’s when you start making such mistakes, where you feel insulted when someone shares a tip or two with you that you didn’t know before.

Anyways, let’s discuss how it is a mistake listening to music while riding.

Music can make you ride recklessly, take risks, and above all else, leave you deaf to your surroundings.

You see, when you’re on the road, and you need to be extra careful to save yourself from an accident, or at least not to make a fatal mistake on the road.

And when you are listening to some music that is emotionally having an effect on you, you’ll then first have to come out of that state when you need to use your reflexes in case something comes up, which will slow down your reaction time, causing you to panic when you should be calm instead.

Another reason is that if you’re listening to it through some earphones, they’re blocking your ears, and then the music is playing on top of that, so almost no hearing at all, whereas you need to be listening to your surroundings instead.

I’ve shared the above two references to support my view, but you’re still open to discussing your thoughts in the comments below if you feel otherwise.

Update: I took a survey in facebook groups and asked people to vote, and you can see the results. They also agree that listening to music is a mistake and should be avoided, even if you aren’t a beginner rider.

And no matter how funny or embarrassing it is when you forget to turn off your signal, it is just as dangerous!

I am sure you already know why is it dangerous, but still, let me paint a scenario for you.

Imagine you turned left just now. Forgot to turn off your signal. And you have to turn again somewhere down the road. If it is left you have to turn, that’s a life-saving turn.

But, if you have to turn RIGHT, and you have the signal already telling people behind you that you’re going LEFT, that’s the life-taking turn right there that you simply MUST avoid!

6- Forgetting to Turn ON your Signal

Yep, this point came in my mind just when I was writing the previous one, so I thought I’ll share it separately instead of including two different mistakes in the same heading, even though they’re very similar, but deserve to be discussed separately.

The scenario is the same, that your next turn could be a life-taking or a life-saving one. So don’t gamble with your life, keep your mind with you all the times when you’re out there on your bike, ESPECIALLY on your bike!

Now this could go wrong in so many ways!

You ought to learn this skill as a beginner motorcycle rider, of maintaining your bike’s basic needs, if you want to avoid any surprises on your rides. And usually, these surprises are not the ones that a rider would like to have.

And they could also be fatal!

Like if your chain breaks because you didn’t maintain it, meaning did not clean and oil it regularly after maybe a few hundred kilometers. If and when it breaks, if you’re speeding and it breaks, you better say your prayers before you land on your face!

And if you land your face on a highway, that’s even worse! Someone could just come and crush you on top of that.

And you’ll also save some serious bucks if you learn how to maintain your motorcycle at home, or in your garage. Because otherwise, making frequent trips to the mechanic is GOING to hurt your wallet, I promise.

8. Riding Fast in the Unknown Areas

You can ride fast in those areas when you are familiar with them, but NOT initially when you discover them and are not familiar with its roads. Because you don’t know where a manhole is and where the road isn’t in as excellent condition that you prefer to ride on.

Speeding in such areas could also result in fatal accidents.

Because you can’t remove these manholes or fix these bad road conditions, but you definitely can avoid them. And at high speeds you’ll only avoid them when you know the road, so get to know it first, at a slower pace, and then do whatever you want there.

Every new rider is impressed with their motorcycle at first, what it can do and how fast it can do it!

So they try to find out how fast exactly it can go, where is its peak-point! Don’t do that. Because no one gave you the right to take the lives of other innocent people on the road that are exposed to accidents, but also riding aggressively displays your poor riding skills.

That’s another thing when you find a LONG road where you can’t see a soul and you try your bike there, but that’s in rare cases, so please avoid aggressive riding at all costs.

You are putting your life at risk as well, not only others’ lives. Because on a motorcycle, there’s almost nothing to protect you except your protective gear, but that’s not gonna do much if you hit a car or slide off the road, because the jacket and pants are going to wear out somewhere in your slide, exposing your skin to be next.

Take your time, ride within your skill level while giving space to other vehicles. This is the best practice and the best way to progress as a beginner rider.

Respect your family that will face the loss in case you lose your life in this, respect the people around you that you are endangering, and most importantly, respect YOUR life enough that you want to protect it from being wasted on a road accident like this.

Take your bike to the track whenever you want, that’s where you can safely test yourself and your bike’s limits.

Because on rushed roads, the skill is not to fly through them, it is to be patient and show that you have the control over your clutch that you can stop wherever you want, without stalling your bike. 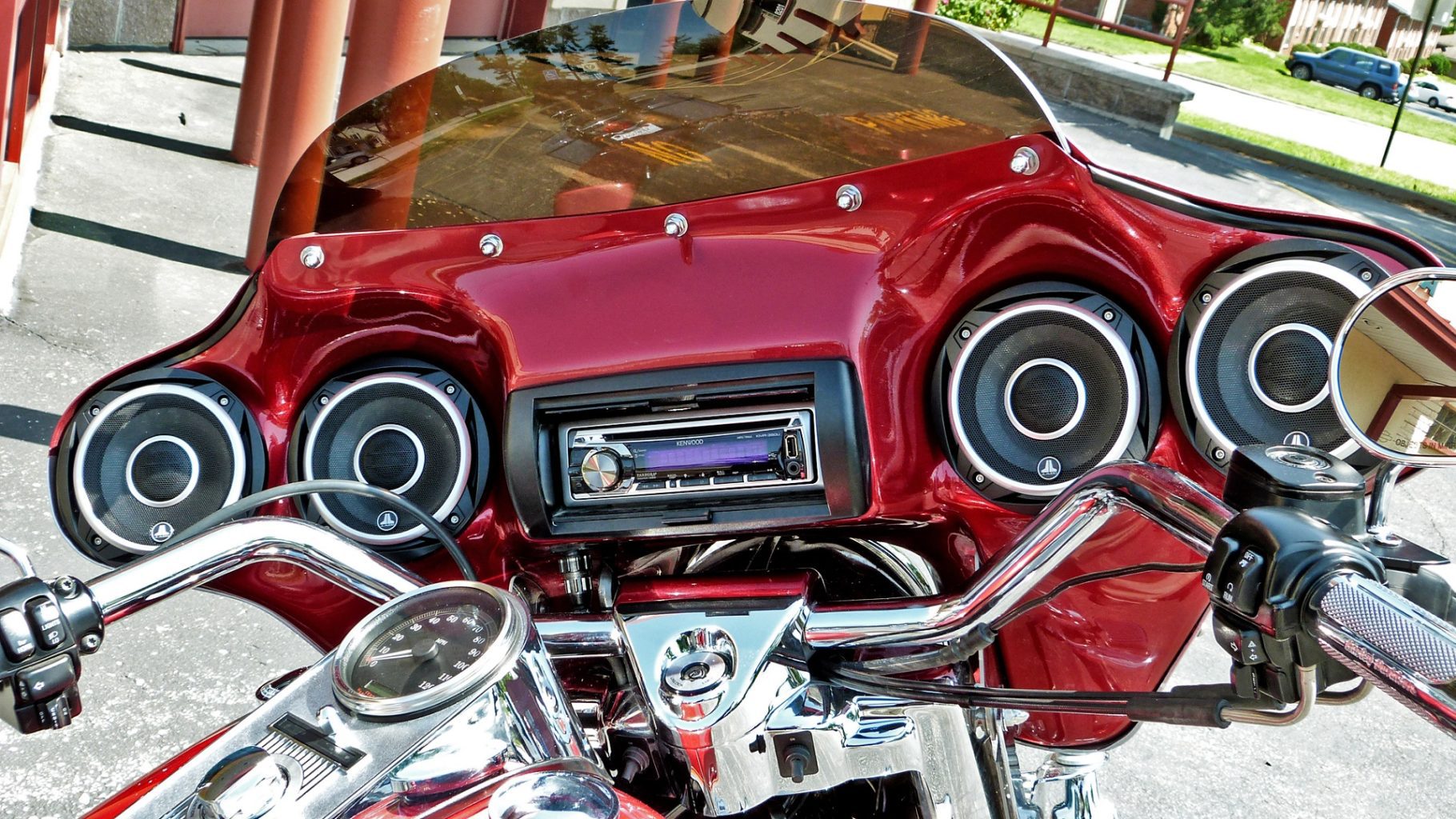