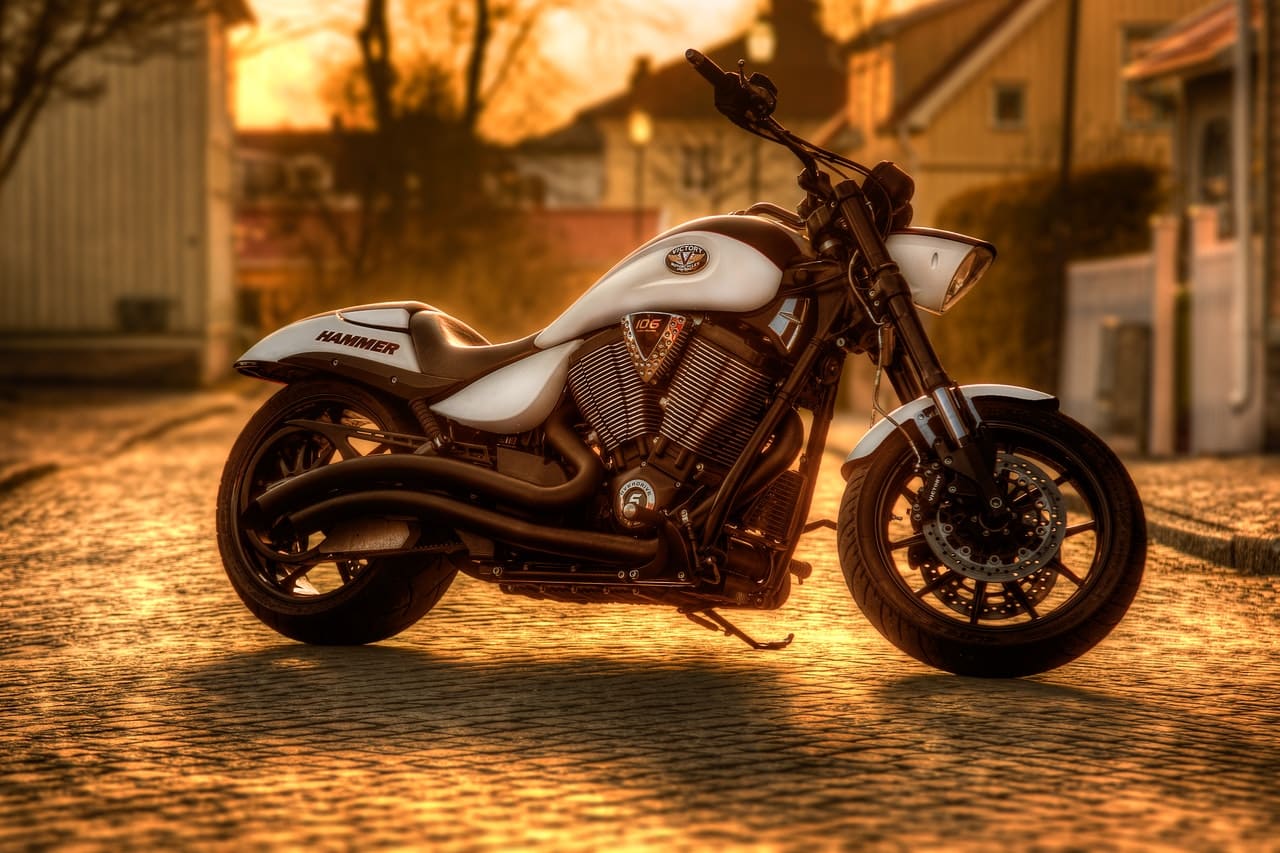 Who doesn’t like the thought of them flying around in the sky aimlessly, chasing birds and planes and seeing what’s above the clouds? But, considering that this is not possible, not for now at least, the only thing we can do that almost matches this feeling, is to ride a motorcycle!

How I Got Into Motorcycle Riding

I used to go with my mom to visit my relatives and I loved sitting on the front seat next to the driver, which used to be a special feeling as I could only sit there once in a while maybe if I get lucky.

But, when I could not sit there and someone made me sit in the back, that probably would be the worst day for me back then, and I used to wonder how could I always sit in front? Is there a secret to it? Why do they let some people sit there and ask others to leave, even if they’re already sitting there?

I couldn’t figure that out, unfortunately.

But, what I did figure out, was that there is another way I can get the same or maybe even a better feeling than sitting in that sweet front seat!

It was a motorcycle!

Well then, I made a promise to myself that I’ll get a motorcycle one day and I’d ride it all day long and feel that amazing feeling of sitting on the front seat!

Ever since I have purchased my motorcycle and have started riding it, that is exactly how I feel, the same feeling of sitting on that front seat of the car. It most certainly is a better feeling than that thankfully, which means my investment was worth it, which is a rare thing.

But, Aren’t They Dangerous?

Yes, they sure are. But so is everything in life, even eating your favorite meal, because if you eat it too much, even that’s dangerous. Death is searching for you anyways, as we’re not getting any younger you know, every minute that passes is getting us closer to that moment we’ll all be taking our last breaths. So the breaths that we have left, why not make them count?

New riders especially can make their riding experience a lot safer than if they just ignore these things and ride mindlessly. I’ve already discussed these mistakes in more detail in this post, but I’ll be going over these all over again here, but not in as much detail; so check that post out for more and complete info.

The first mistake that new riders make, because either they’re too excited or can not afford it, but they do not wear the proper protective gear before they take out their bike for a ride. I did this same mistake and I accept and regret it! I used to think that I’ll be fine and there’s no need to spend that extra money on the gear just yet because I will only go on the nearby streets, people know me here, so no one’s gonna hit me! 😅

I am not sure if everyone thinks like that as a new rider, or was it only me, but one thing is for sure, which is that almost all new riders repeat this mistake of not buying the complete gear before they take their bike out for the first ride. If you can avoid this mistake as a new rider, before you take out your bike you buy the proper gear and wear it when you take it out for the first ride, you’re on the right track and will be in good hands.

— But I’ll Get Bored

Listening to music while riding, is also a mistake that a lot of new or even experienced riders make. Why is it a mistake? Because it increases your chances of getting into an accident, almost takes you somewhere else and shifts your focus from the road, where it should be, which is why you’re even riding in the first place, to enjoy the road and its surroundings.

Believe me, or maybe these stats, that the cons outweigh the pros of listening to music by a long shot.

And what are the pros of listening to music you might ask?

The people who listen to it say that it shifts our focus from the stress we’re going through our life, which is exactly what we’re riding our bikes for, isn’t it? And we all know that taking two separate medications that do the same thing can be dangerous, then why take two of them? Just take one, and I recommend the motorcycle over the music.

Taking more than one medicine with the same active ingredient could result in getting too much of that ingredient, which could damage your liver or lead to other serious health problems.

This was what I think it’s like to ride a motorcycle. Now let me share what others think and have shared about their experiences of riding a motorcycle, how it feels, and what it means for them in their life.

Because I can’t sing or dance…
So I ride.
It’s given me lots of new memories, friends, and experience. So why not?

Many people said that it gives them the freedom of choice and just freedom in general in life, to get free from worries and stress in life.

It’s a lot more involved. They’re so much more controllable. When you’re driving a car it’s too easy to just be disconnected from your surroundings, and people seem to look for things to distract themselves because they’re too relaxed in their little bubble.

Because I can’t sing or dance…
So I ride.
It’s given me lots of new memories, friends, and experience. So why not?

I think two people said that it is in their blood, haha.

It takes my mind off everything when riding. All I focus on is the road instead of what’s happening at work/home, etc.

I’m fugly and have to wear a helmet 24/7 to protect the eyes of the innocent, on the bike nobody questions me wearing the helmet 😜

I do it as a form of therapy it relaxes the mind, body, and soul.

For me, as a child, I used to ride BMX bikes and dream about the day I could go fast. Freedom man it’s the best feeling in the world to cruise around aimlessly and forget about your troubles for only a time.

It’s a much-needed reminder that the 9 to 5 doesn’t own me.

For me, as a child, I used to ride BMX bikes and dream about the day I could go fast. Freedom man it’s the best feeling in the world to cruise around aimlessly and forget about your troubles for only a time.

When I ride my motorcycle it’s like some kind of therapy. I just ride, there’s no work, no stress, no problems. Just me and my bike, sometimes just cruising with no destination, just enjoying it.

My bike is my escape. Before I rode road bikes, I rode dirt bikes, and it was the same thing. When it’s just me and my bike, nothing worries me. Everything just fades away and I forget all my problems for a while, it’s my greatest therapy. I would’ve gone mad a very long time ago without bikes.

My dad was a biker the same as his dad, was only right that I got one. Absolutely love riding!

Someone once said “To drive a car, is like watching a film. To ride a bike is like being in the film.”

James Littlefair says: “That’s why. It is freedom!”

While riding, I’m on constant high alert. And on open roads, it’s so relaxing. That mixture of high awareness and relaxation, it’s just gold. Taking your mind off of life and back to the feeling of complete freedom. 😎🔥

It gives me a period of solid focus, almost a meditative state. Me, the bike, the road are all that exists. The rest of the bullshit goes away at least for the time I am riding. Who would believe that danger and hyperalertness lead to a state of relaxation without experiencing for themselves?

And this guy agreed with him, adding his own two cents.

It’s amazing how relaxing almost meditative it becomes, you’re on hyperfocus, every noise, movement, watching every aspect of the road and the surrounding dangers and hazards.. but you come off refreshed and relaxed 😈😎

Free and awake. Lack of boring that you get in a cage. Can’t go fast enough or corner hard enough in a cage to keep me awake or interested without getting arrested.

Finally, this guy, Shawn Davis Orlikowski, shared this meme or quote, whatever you call them, but they’re funny as hell, that’s for sure! 😁